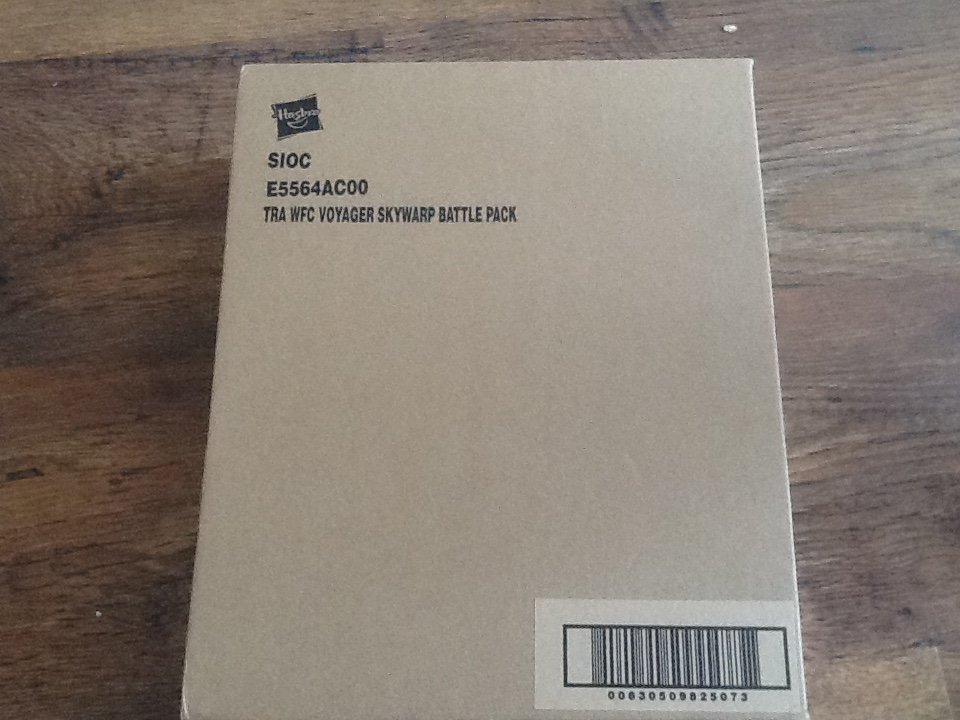 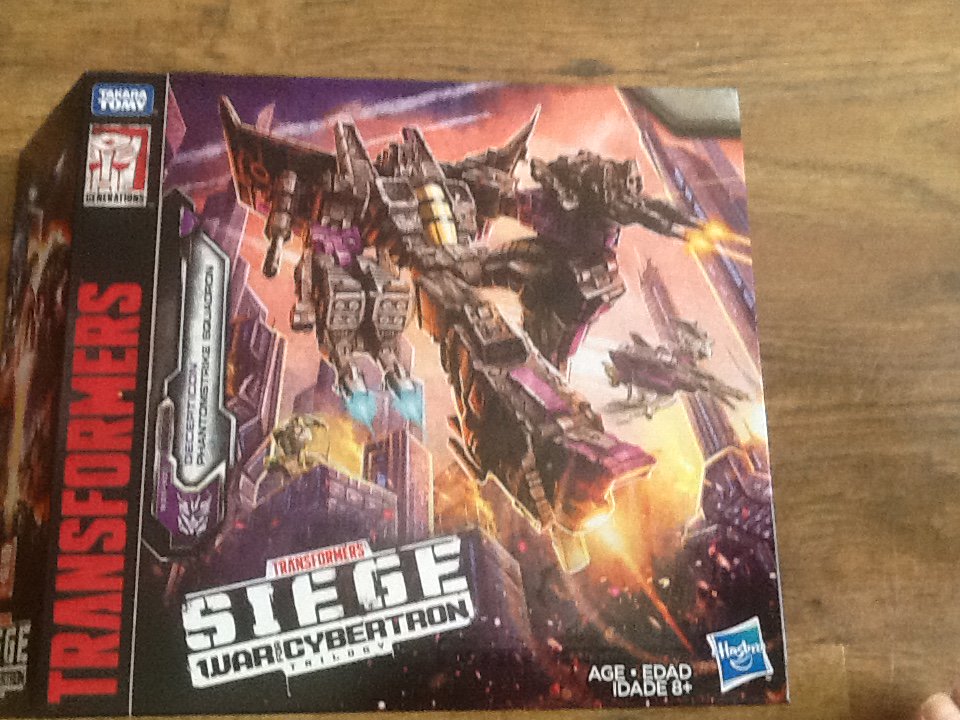 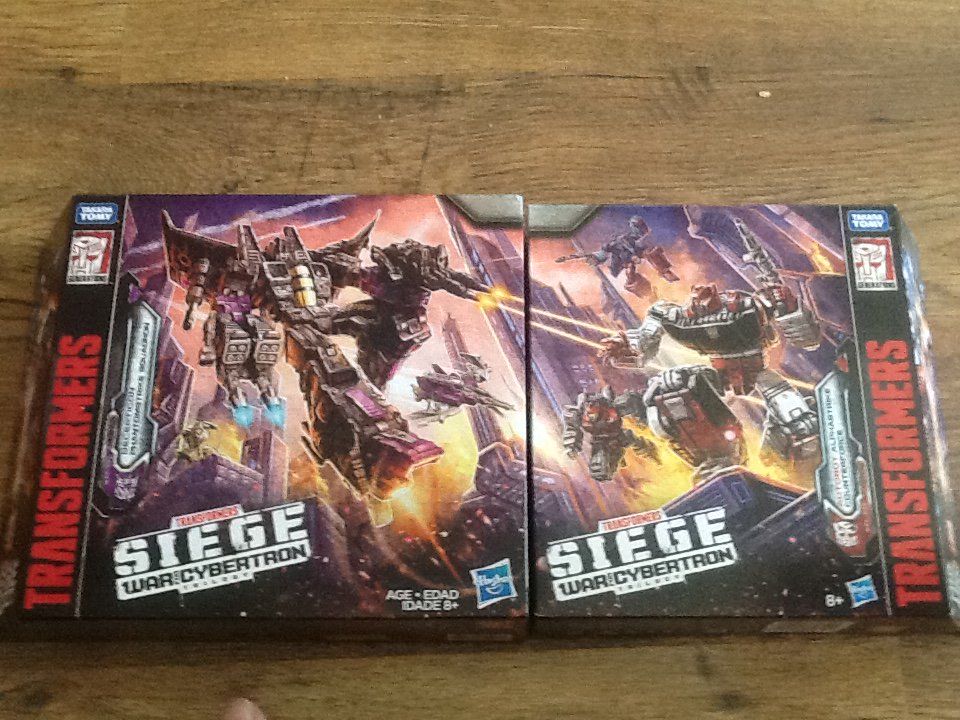 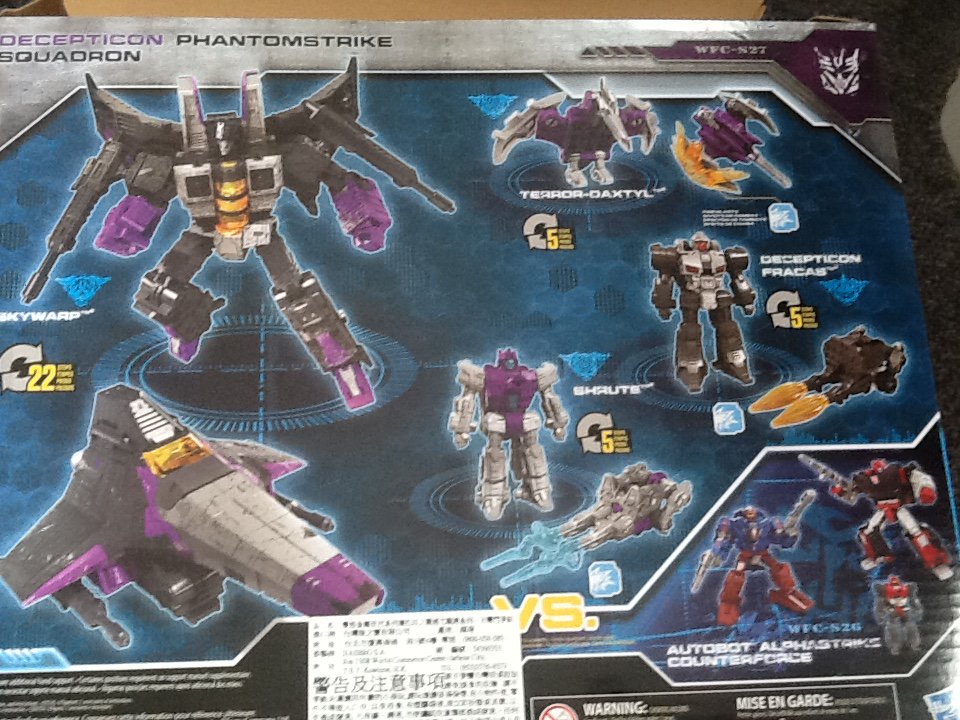 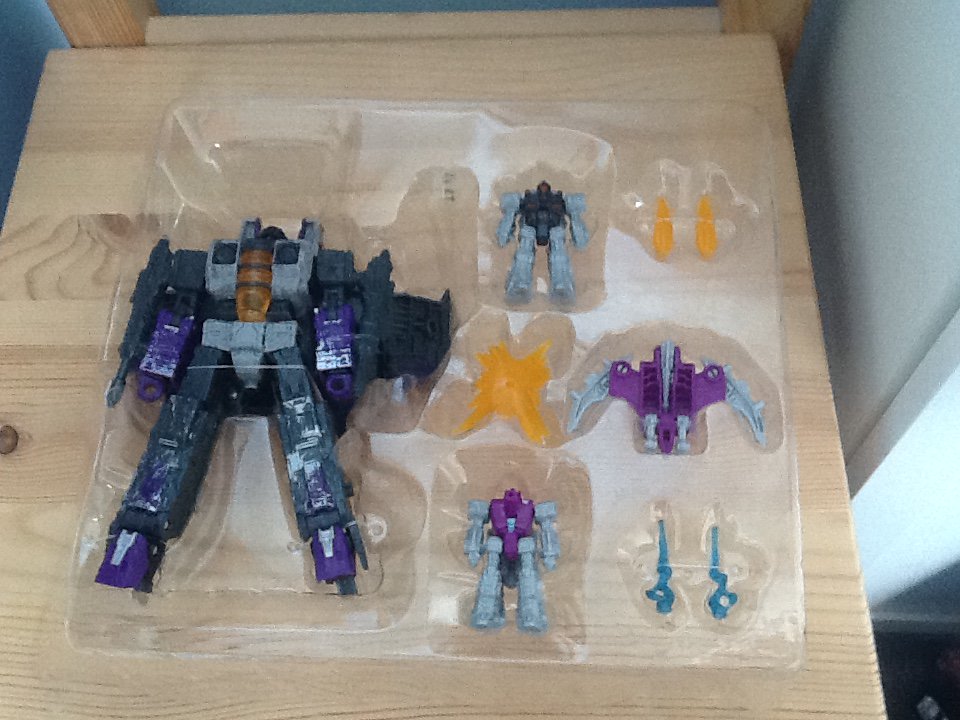 Skywarp - Starscream repaint Can't say I'm wildly keen on the Voyager Decepticon jet, purely from the point of view of seeing the Strike Planes show up regularly in various scales. Yes I know 2+ repaints of every Strscream probably keep the line in business. I've got some friends who think Voyager forms of their Earth modes would be nice, but what I'm after are the 1984 colours for all three on CW Starscream. 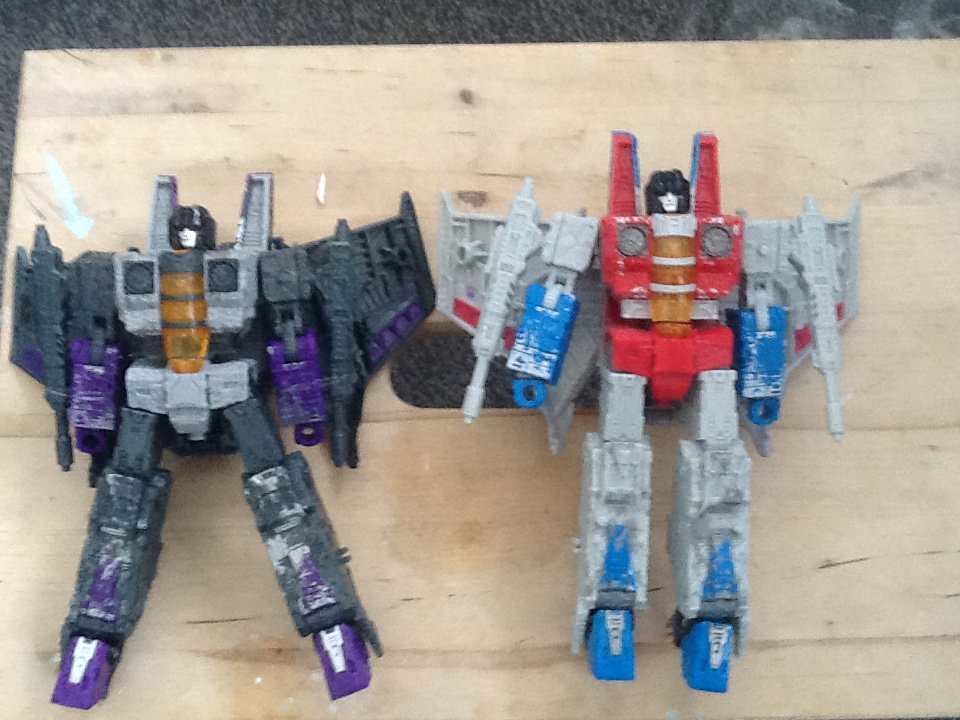 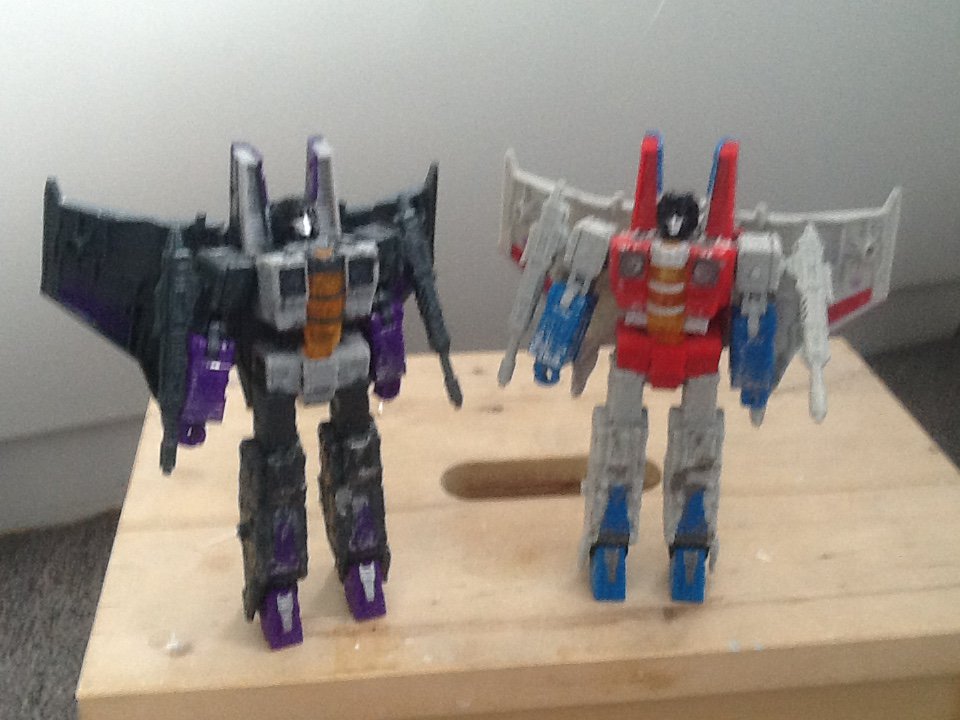 Null rays are rather lose on the arms, holes slightly too big if trying to attach Bttlemasters there was anything to go by. Jet and Tank mode 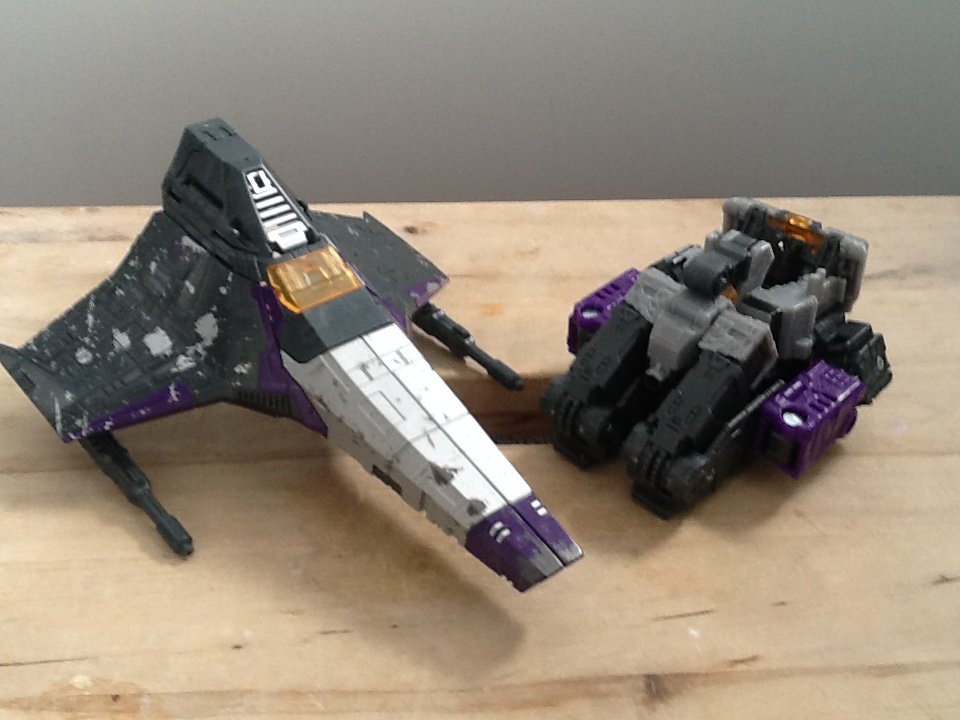 What you mean it's *NOT* meant to pop apart like that? Jet with Starscream

Had Starscream two months, first time I've transformed him, which is probably a measure of what I though. Terror-Daxtyl - Pteraxodon repaint One of my favourite Battlemasters, glad to see him get a second go. Would like one in Swoop colours - both sets - though! 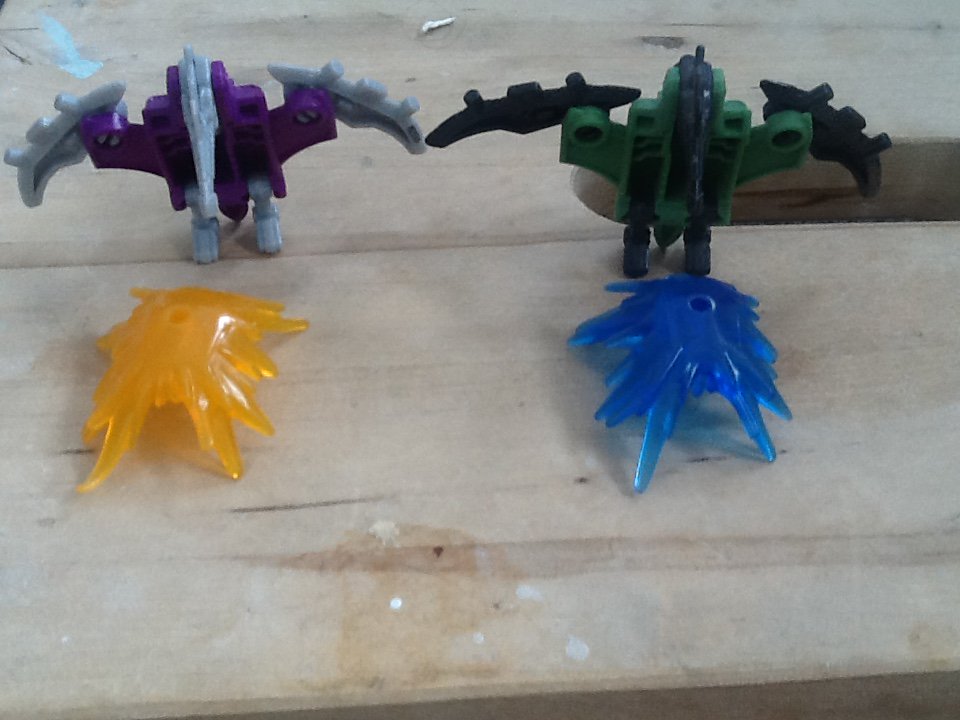 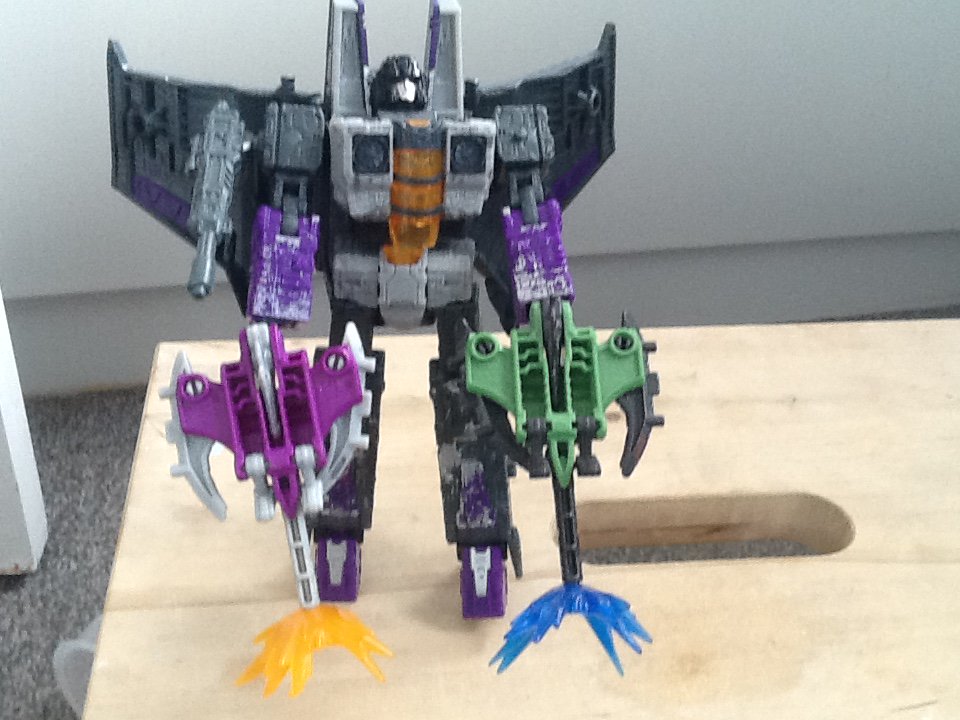 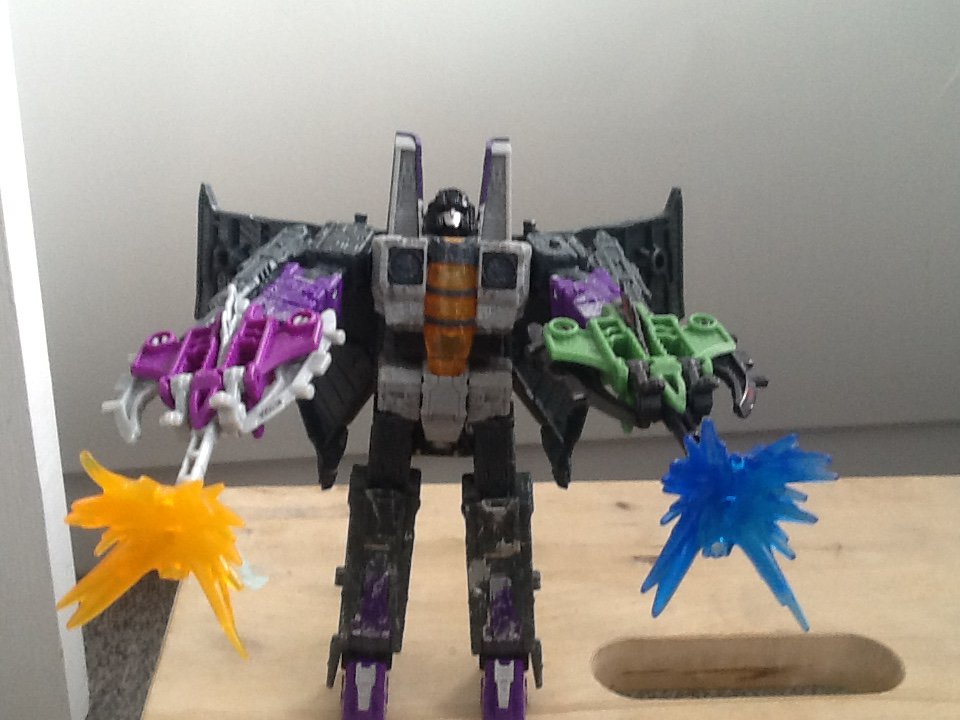 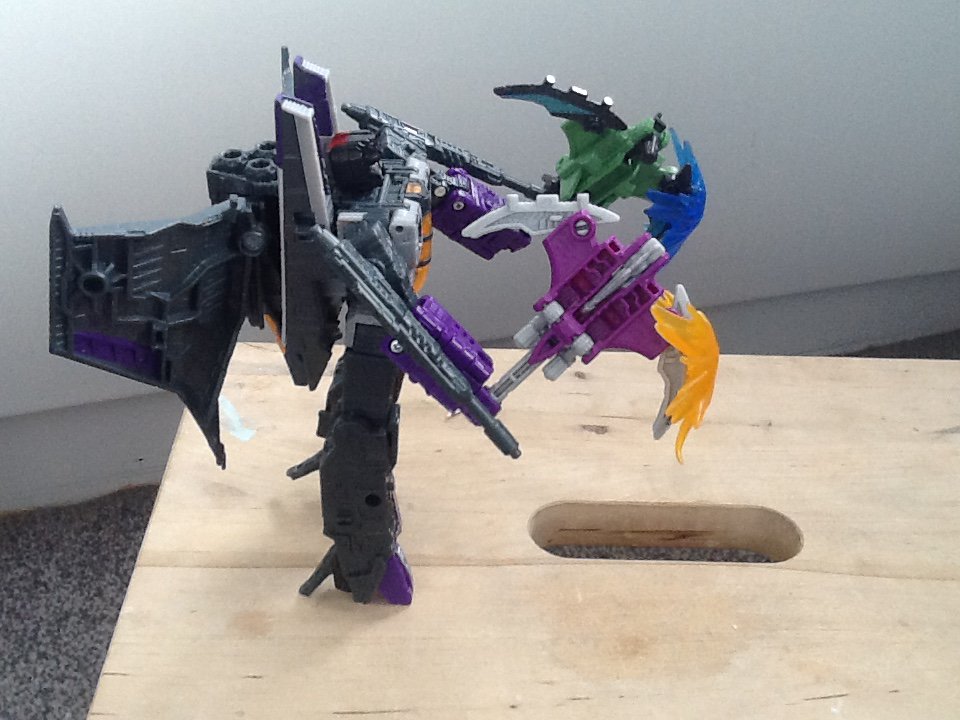 Gun mode was VERY tight in the fists, had a fist pop off rather scarily but attached again easily. Decepticon Fracas - Firedrive repaint 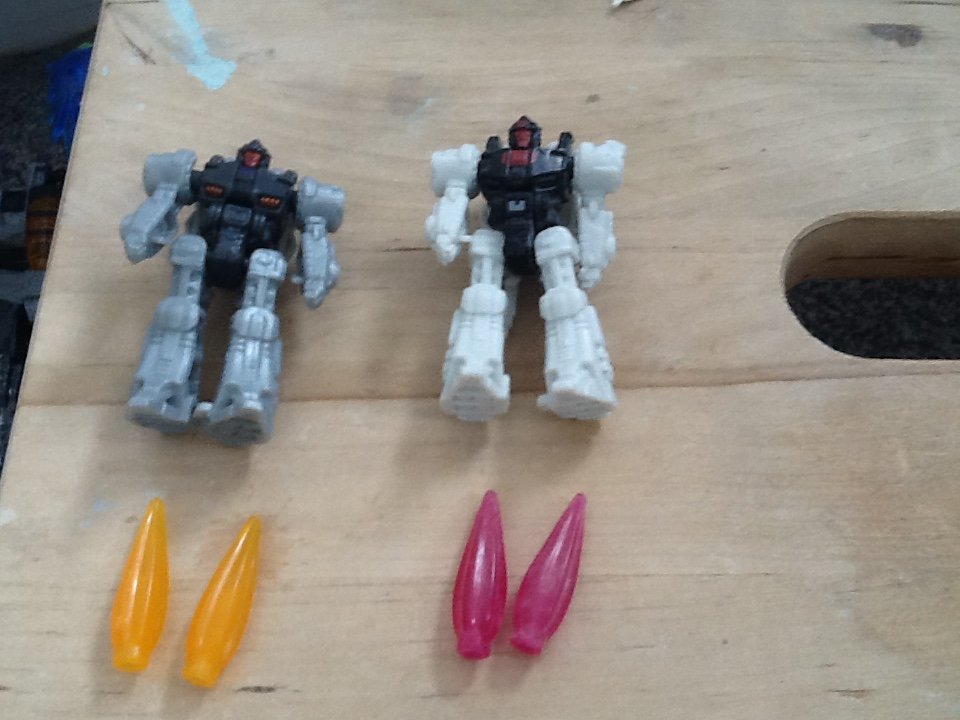 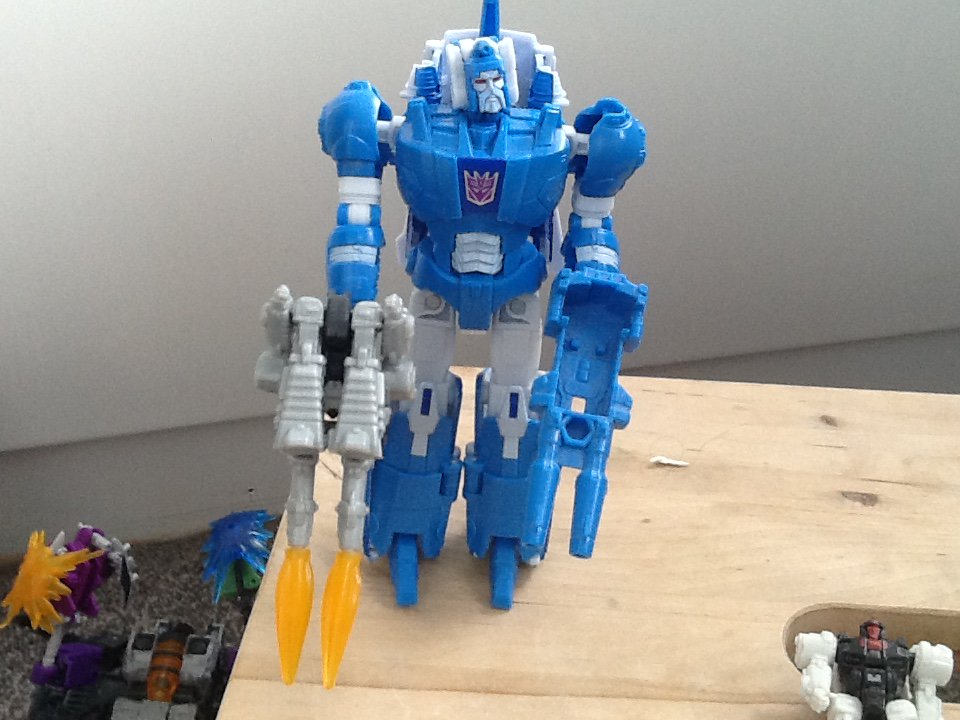 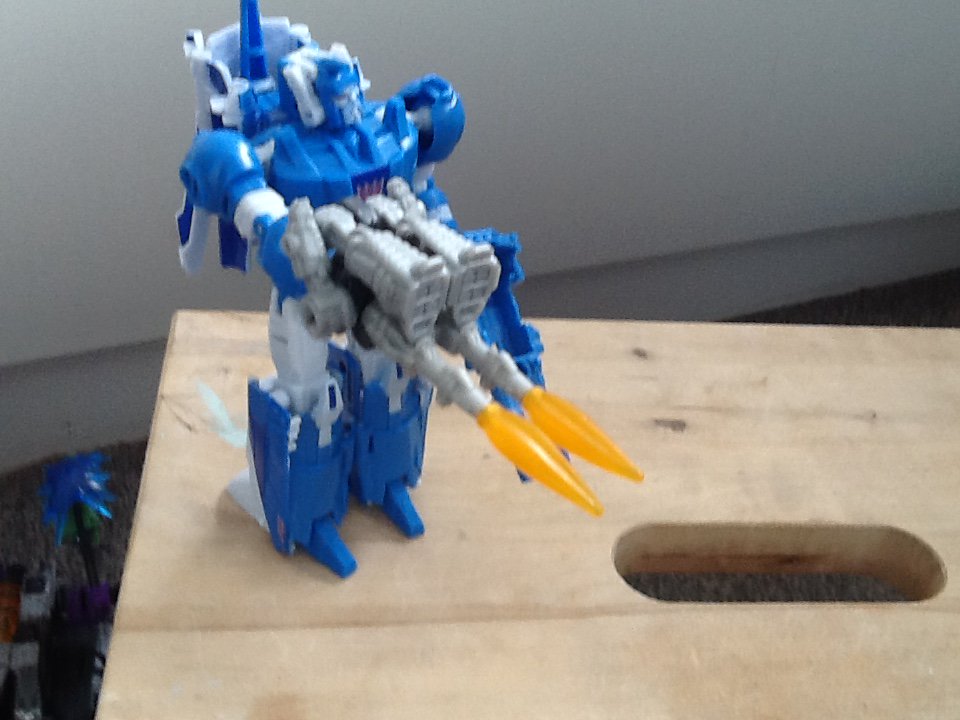 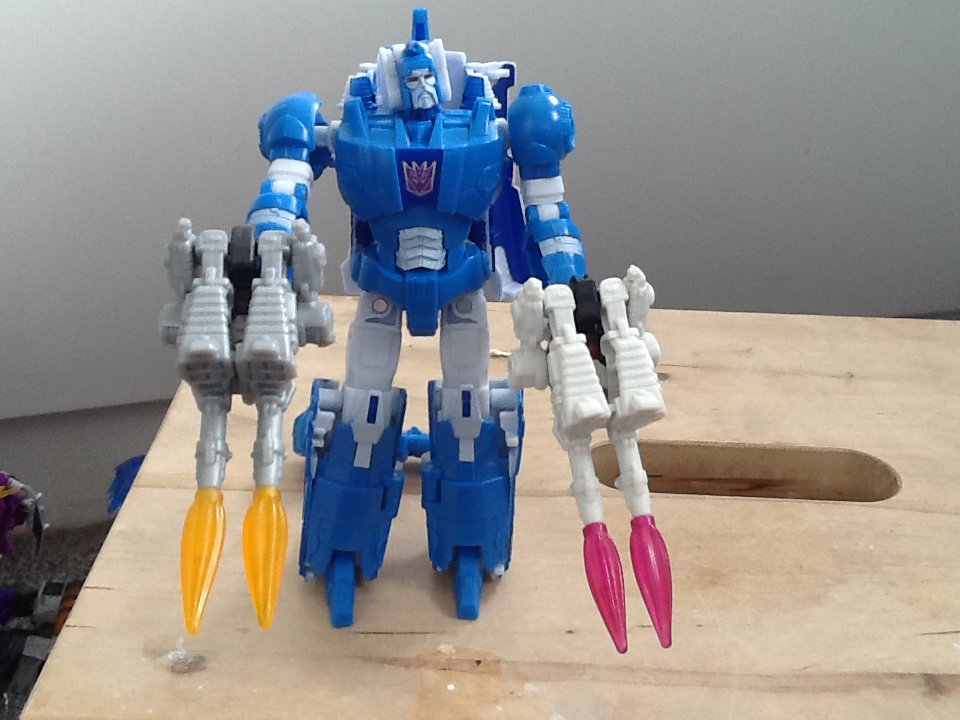 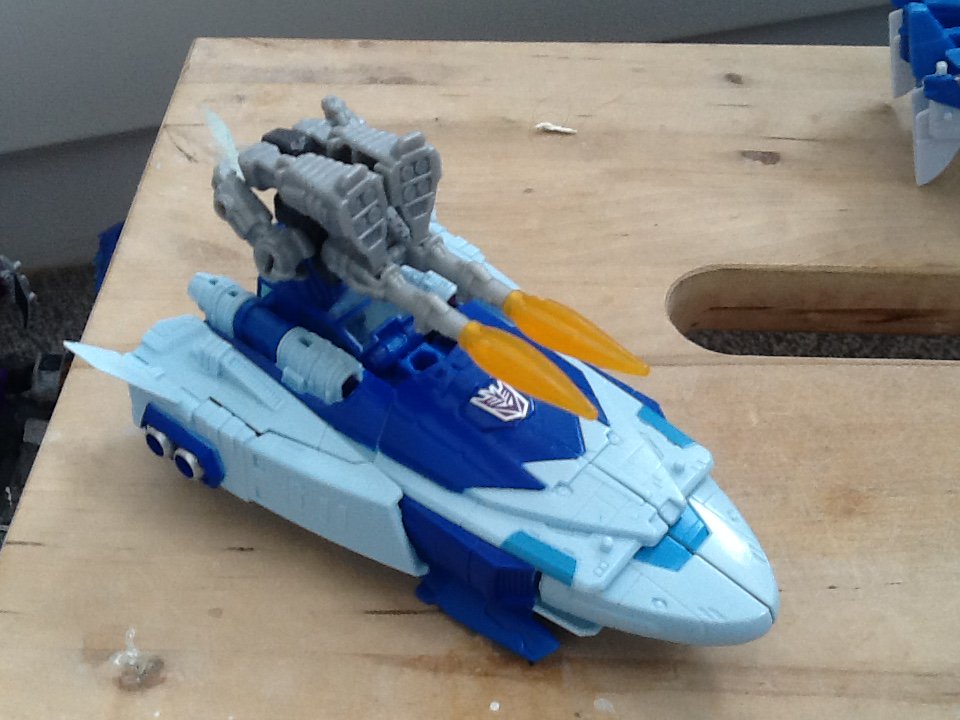 That works well. Now to decide which one gets him long term! Shrute aka Hairsplitter - Aimless repaint Now this is seemingly aimed at being one of Spinister's Targetmasters - see [URL="https://www.tfw2005.com/boards/threads/siege-astrotrain-apeface-spinister-and-crosshairs-revealed.1176654"]Siege Astrotrain, Apeface, Spinister and Crosshairs revealed![/URL] if you didn't know Spinister was en route. Obviously he's not out yet so I can't get a photo of them together. 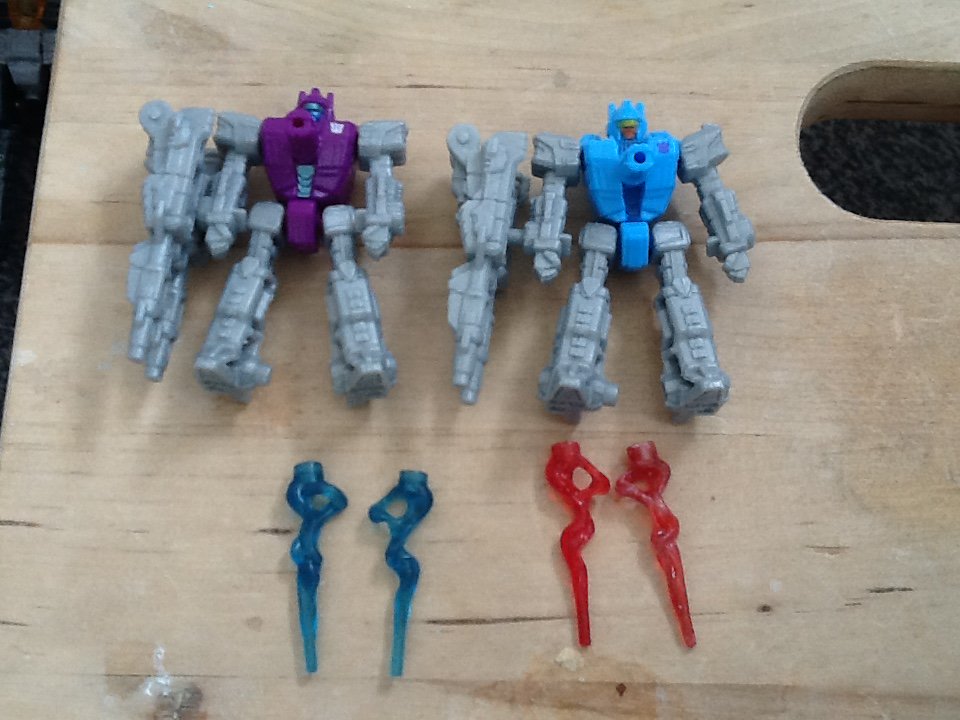 Love the blue blast effects but I can' help but ask why aren't they orange to match the rest of the set? 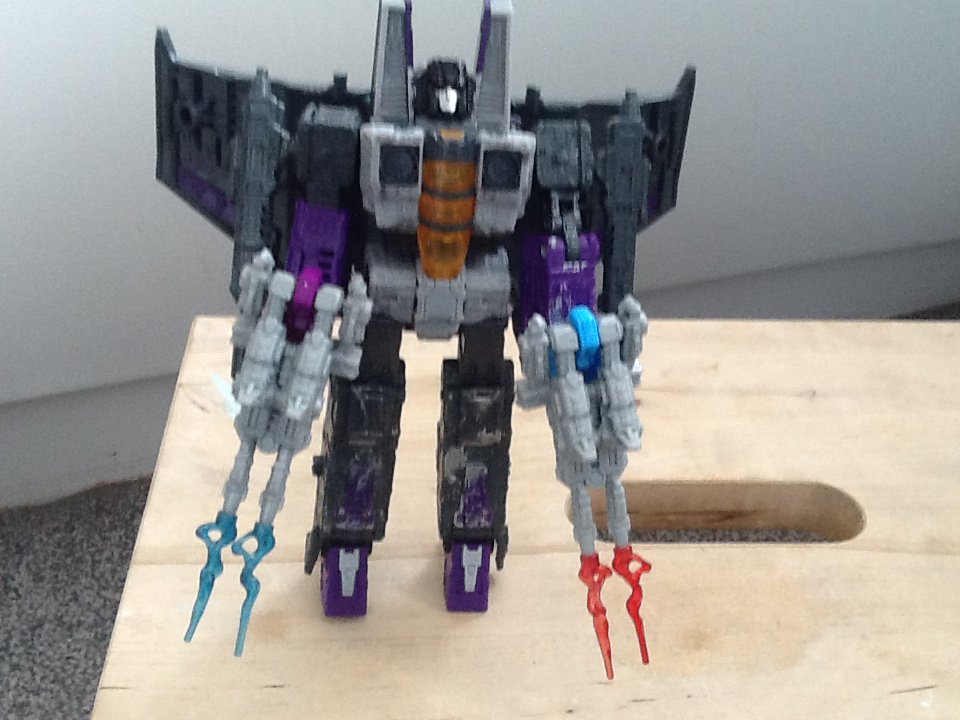 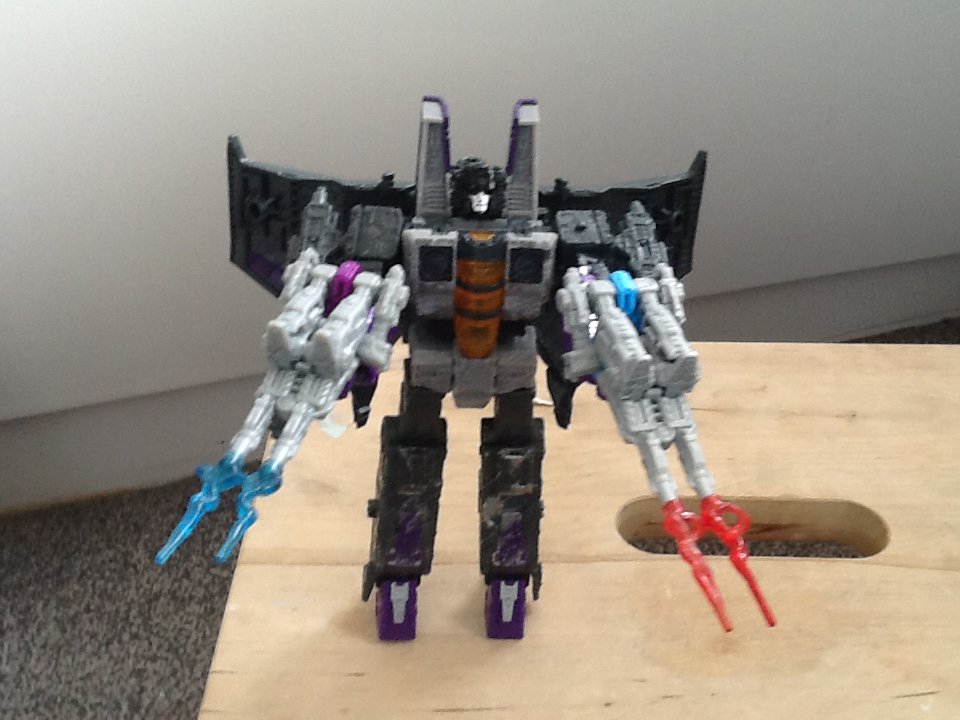 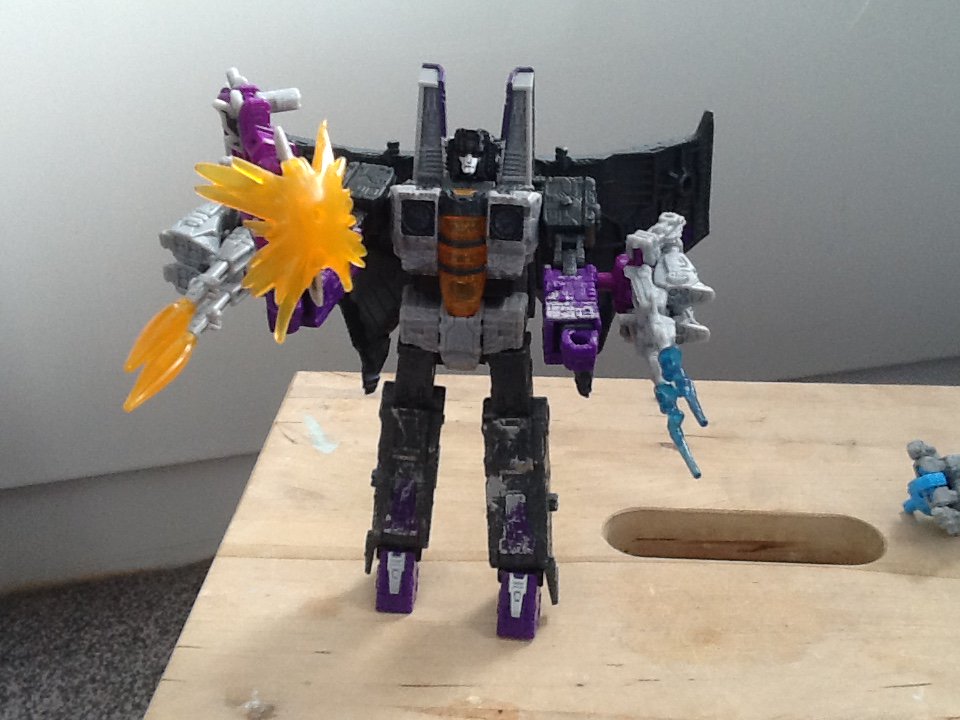 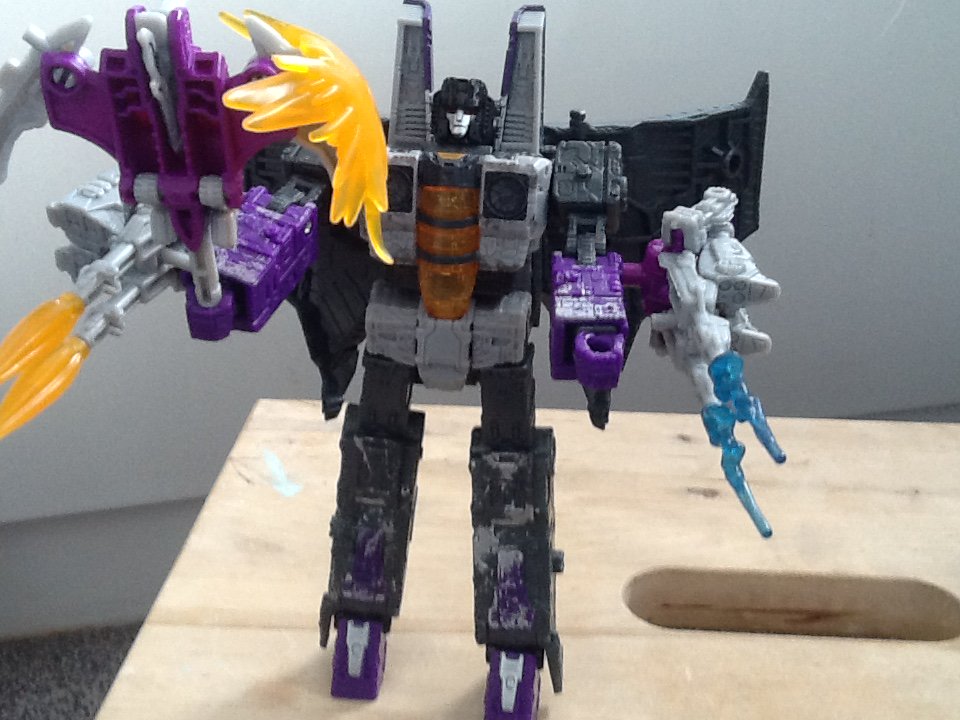 My set came from Taiwan via eBay.
Posted by Philip Ayres at 09:06