Lancer is the final member of the Female Autobot team started in Power of the Prime with the Voyager Elita-1 and deluxes Moonracer & Novastar. The team was continued with WFC-S15 Greenlight in Siege, who we've known about for months, and Lancer, whose existance was suspected for ages but only revealed a week and a half ago: Generations Selects Lancer pic 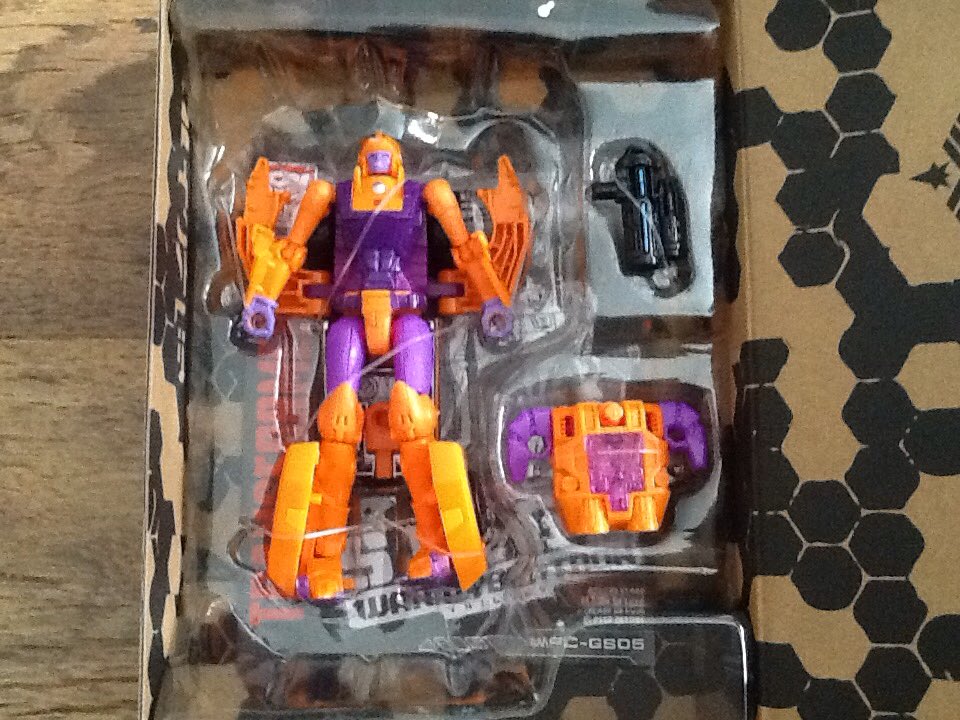 You know what you're getting here as she uses the Greenlight version of the Moonracer body, with new forearms and hands cast as a single unit. Fourth outing for the Moonracer mould, with a few parts additionally reused on Siege Chromia. Lancer comes with a black version of Novastar's gun which has a 5mm port in the barrel. The Prime armour is now bright orange with purple fingers and a clear purpler cover/gun. 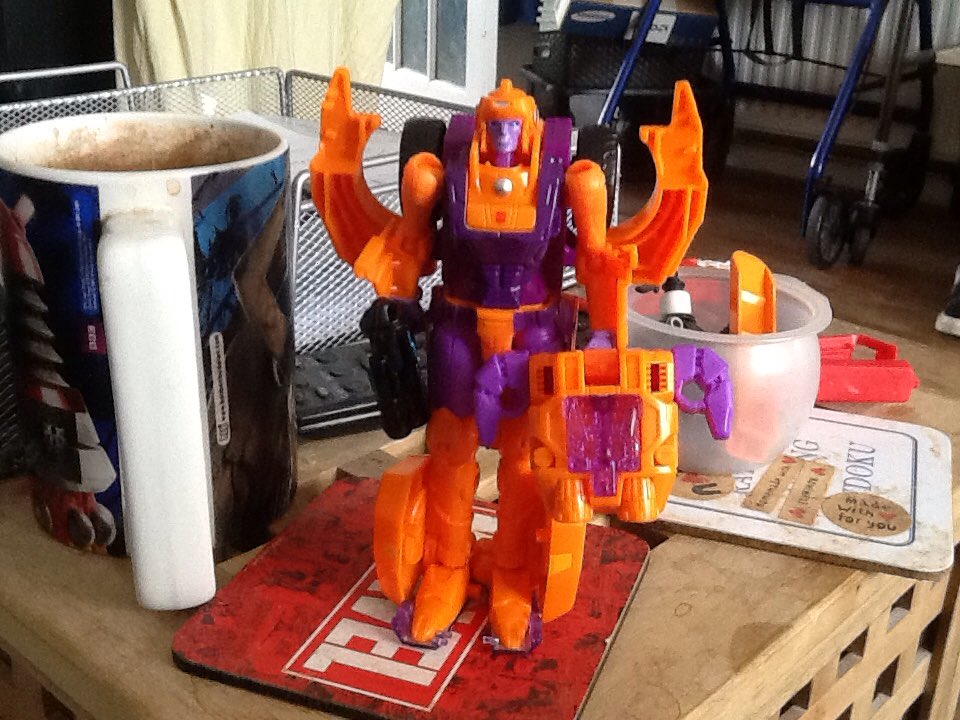 Vehicle mode is unchanged as a mould from her three sisters. 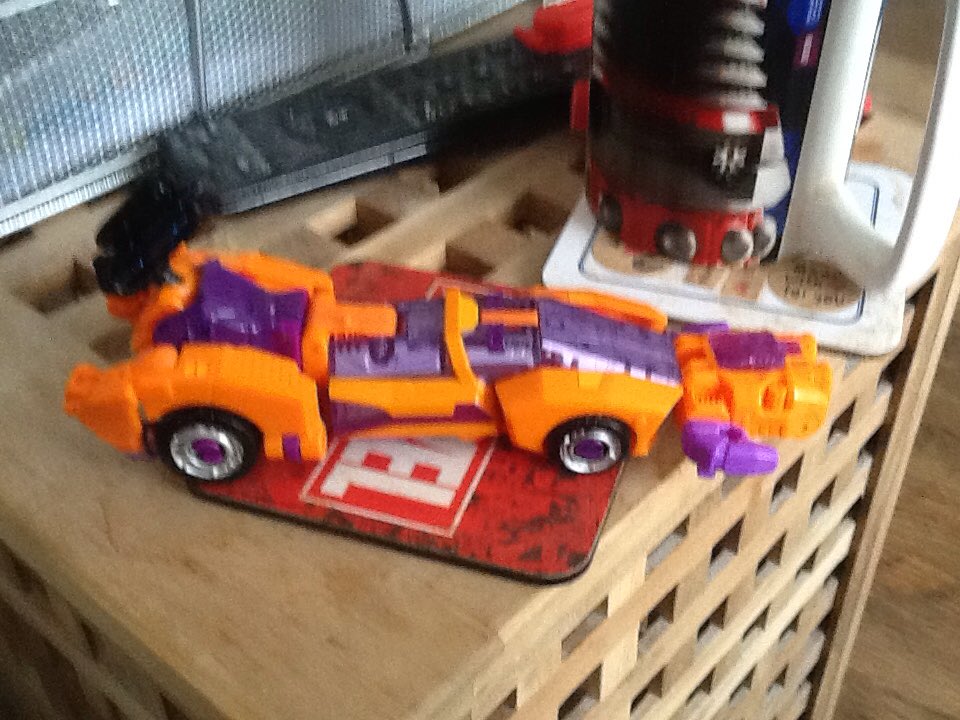 Lancer completes the Oritha combiner, the first combiner to use versions of the same mould for each limb. Previously Elita-1's combined form was announced as Elita-Infin1te with the Orthia name first appearing on a graphic unlocked by Greenlight's code: 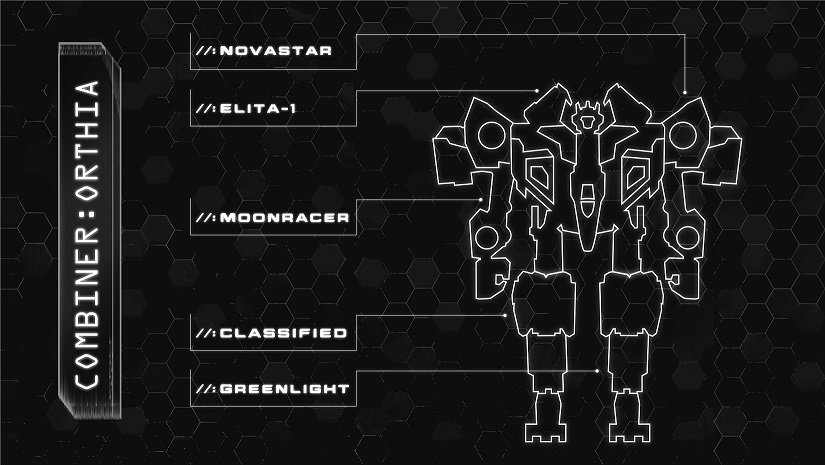 Oritha is the third all female combiner toy after CW Victorion and UW Megatronia. The name Oritha is another name for the Greek goddess Artemis. By luck or judgement it's also a play on words on the name of soul singer Aretha Franklin who sung on the Eurythmics hit Sisters Are Doin' It for Themselves, which is rather appropriate for an all female team.

Where as one of the Novastar/Lacer guns forms the rear of a cannon made with Moonracer's gun, the other is now spare. I suppose you could mount Dazzlestrike in it .... 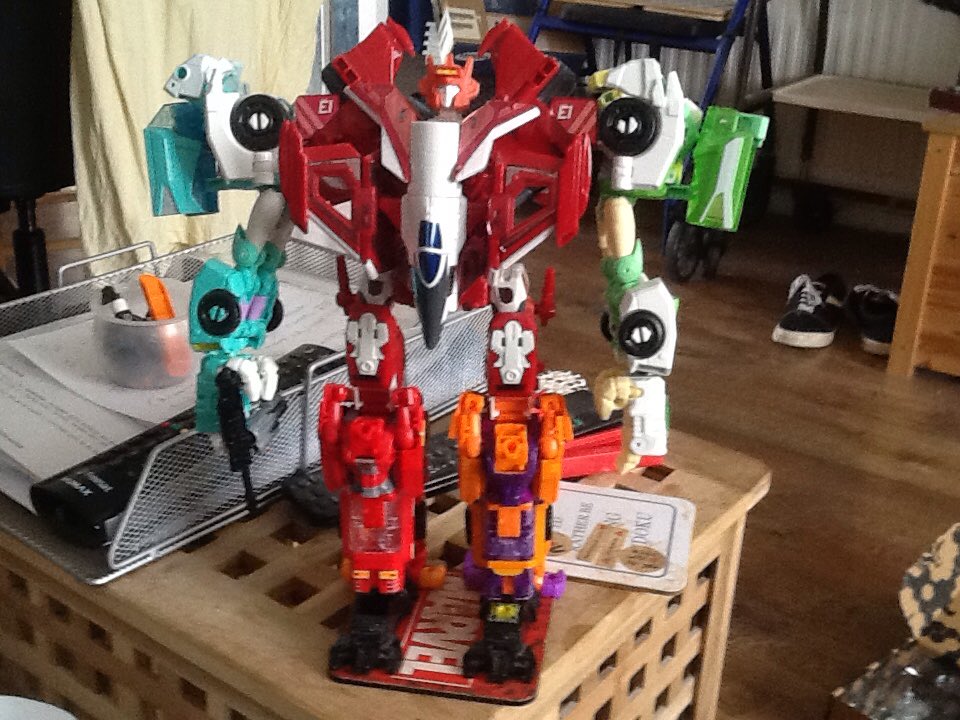 Lancer is the end of a nearly two year journey for fans of this team since the POTP members were leaked and it's nice to see the team & combiner completed. Two more jets for Starscream's team now please!

(Yes, I know these photos are especially rubbish even by my standards. Better are available with a brief search and in the Lancer picture thread linked above)